Beth Appleton is the new CEO at Jaxsta, the official music credits database.

Less than a year after joining the company in the role of chief marketing officer, Appleton is promoted to the top job, while founder and former CEO Jacqui Louez-Schoorl assumes a different set of duties working alongside the new boss.

The handover was announced Thursday (April 28) in a statement via the Australian Stock Exchange (ASX), and is effective immediately.

“With every business there comes a time for evolution and ensuring that strength and focus continues in the right areas as a business grows,” comments Appleton.

“Jacqui and I are magnificent business partners and friends and this change allows Jacqui to focus on the Jaxsta product and our community relations and I can then drive the management and operation of the company with my experience and connections so together we can power each other and the success of Jaxsta going forward.” 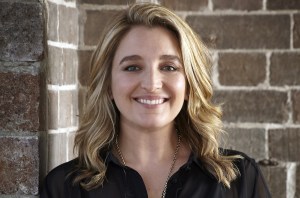 With Appleton’s promotion, Jaxsta is now led by a major and indie label veteran with more than 25 years’ marketing and digital experience.

During her ten-year term with WMG, she earned a reputation as one of the best in the business, and plaudits in Billboard’s “Women In Music” feature.

Appleton started her career in music with EMI in London, before transferring to Australia for the first time in 2000. Later, she returned to the U.K. to work in digital capacities for Richard Branson’s V2 label and Universal Music before joining Warner Music Australia in 2011, as director of marketing.

In 2014, she returned to the U.K. to spearhead global marketing for WMG, based in the capital, then back to Australia in January 2018, returning to the fold of the domestic company.

Founded back in 2015, Jaxsta debuted on the ASX in December 2018 and launched in open beta the following year.

Today, the company counts over 286 data partners, including labels and distributors, in addition to an official feed of awards from The Grammys and RIAA.

The Jaxsta database now tallies over 230 million official music credits, representing every creator involved in over 41 million recordings. On an average day, the business ingests up to 1 million credits.

“What we need to do now is continue to grow,” Appleton tells Billboard. “The value of our data is that this can deliver to the music industry as a whole.”

In terms of its creator audience, “we know they’re fully engaged and love the product. But our next step is really to enable how we on-board businesses and enterprises, because we know we have data and solutions that will assist them.”

Jaxsta already delivers data reports to multiple organizations, its API is now live and soon to come will be new business and enterprise plans.