In 2018, I attended a panel at Mutek in Montreal, representing Symphonic Distribution, the music distributor and label services company. The discussion de jour was about whether or not bands should pull out of playing shows in countries whose geo-political stance they do not agree with. The room was filled with Canadians, Israelis, Iranians, Russians, Ukranians, Cubans, Venezuelans, Europeans, and Americans, to name just a few.

It was inspiring to hear from Iranians, for example, who had sought their window into America through dance music.

As someone who makes his living catapulting independent music over borders and having personally sought shelter and community in music venues at points in my life where I felt like an alien in my own country, one thing is clear to me: We mustn’t alienate the people or artists of any nation, just because their current government is objectionable. 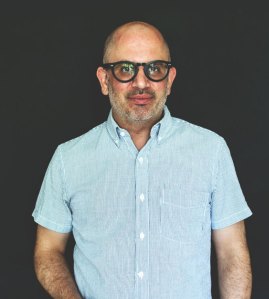 So, while the music industry watches global brands pull out of Russia to avoid supporting Putin, we must also think critically about how to nurture the peace-loving people of Russia, who vehemently condemn what is happening to their neighbors in Ukraine. We must think of how music and donations can support victims in Ukraine. And we need to constantly remind ourselves of what the role of art is – to give voice and refuge to those who seek it out via the only ceremony as old as war: dance.

We in no uncertain terms stand with peace-loving people in Russia and Ukraine, and pray for a swift end to this horrific war against innocent Ukranians, and the war of misinformation against innocent Russians.

So today, we have announced the following actions:

-We have ceased our business operations in Russia and paused plans to open an office there.

-We are making a donation to help refugees of the Ukraine, and are going to match all employee contributions.

-We are retroactively waiving our distribution fee to all artists from Russia for the first 6 months of 2022, and are holding royalties for those artists in escrow until we are able to submit payments via our payment processor Tipalti, who have paused payments to Russia due to sanctions regulations by the US Treasury.

-We are retroactively waiving our distribution fee to all artists from Ukraine for the entirety of 2022, and are holding the royalties for those artists in escrow until we are able to submit payments via our payment processor Tipalti, who have paused payments to Ukraine due to sanctions regulations by the US Treasury.

The Russian and Ukrainian music communities have made meaningful contributions to our industry for decades. Our hearts break daily as we watch as this war continues, and our thoughts are with the victims and their families.

Nick Gordon is chief client officer & GM of Symphonic Distribution. He is a brand strategist and public speaker with over 20 years of experience working at the intersection of media distribution, retail, and social commerce.

Here's what happened in the Latin music world this week.